*This is only a test* 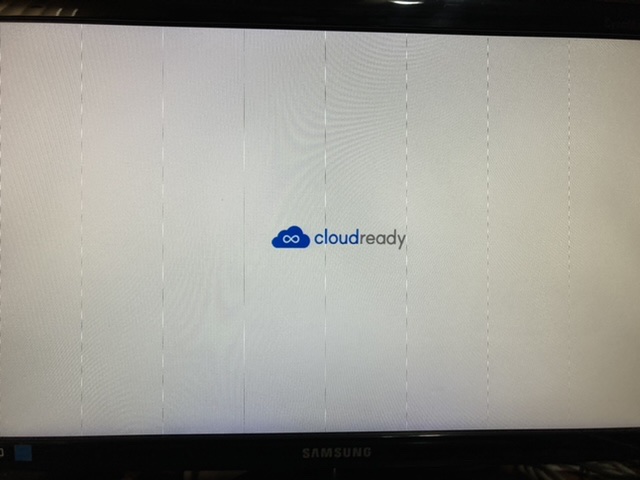 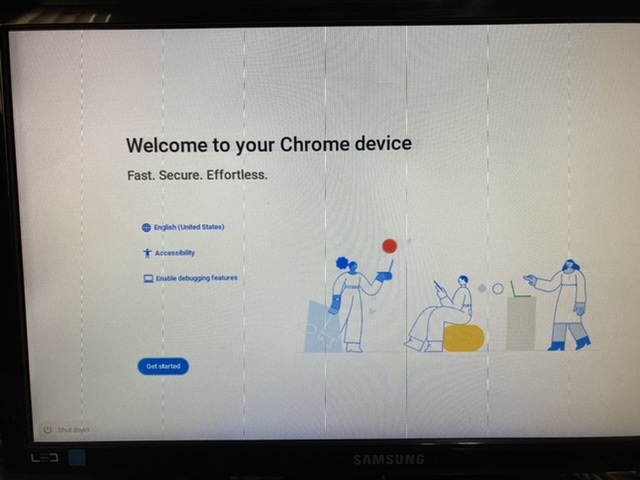 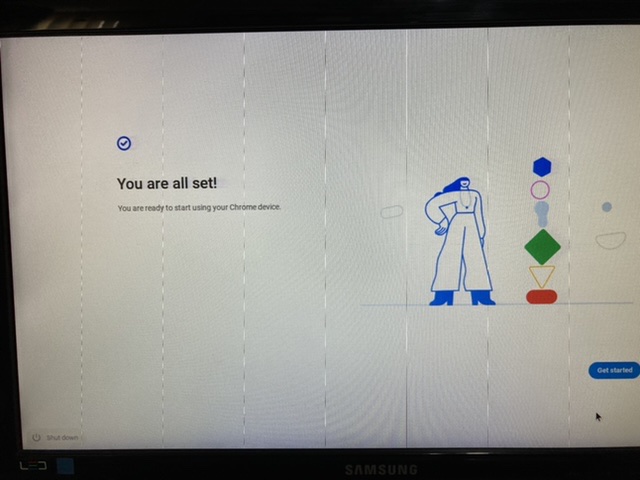 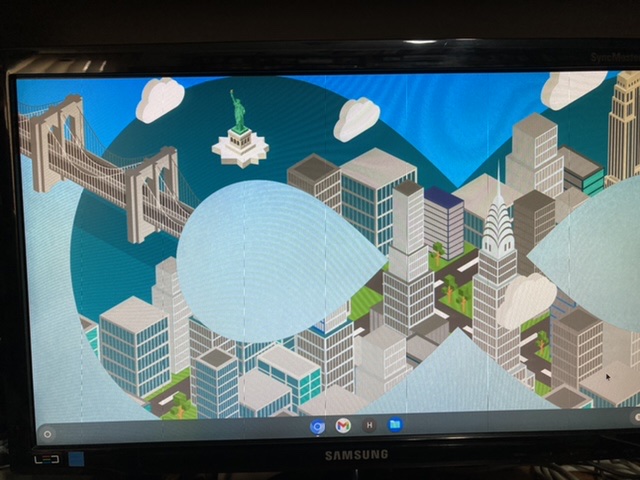 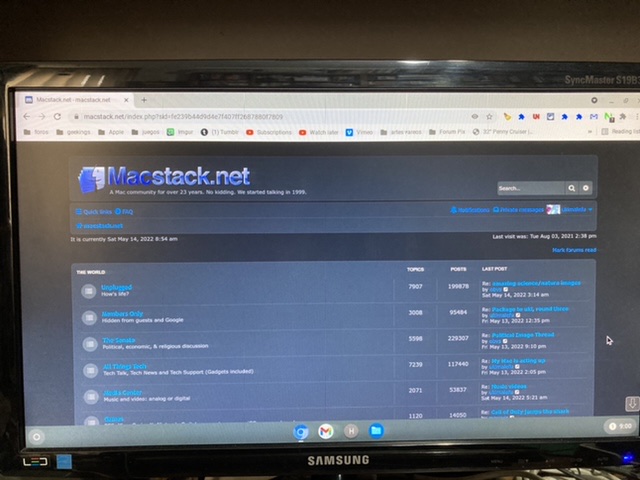 That’s my second try. On the first try it crashed so hard it restarted back into MacOS, But that was expected for a not fully supported device.

It boots I can use the same web browser with all my extensions and bookmarks, so test successful I guess.

So now I can use a non-apple OS on my Mac… wait, does this mean I’m using Linux…

I posted that from my iPhone, mostly because I have no idea how to take screenshots with this. Oh yeah, this post is from Chromebook OS, or whatever it's called.

Yes, all I did was make the USB installer, but I'm using live boot just to post this. But now I will go back to Mac OS.

It's a bit complicated because I'm using a spanish/ISO keyboard and the OS uses american english. I have an english keyboard but I wont plug it in just for this

Ok, back on the phone. The chromebook shutdown process is taking a long time on a black screen, but the USB drive light is blinking, so I guess it’s doing something

It finally did shutdown on its own

One correction, the browser is Chromium, not Chrome, but it automagically imported all my Chrome stuff when I logged into my google account.

And now and I'm back in the old familiar macOS and can go back to complaining about all the problems I'm having with it, but at least apple knows part of the world speaks spanish.

It froze when I opened youtube AND gmail on different tabs, but they work, unlike with the old MacOS 10.7 where most websites said "your software is too old, upgrade or GTFO"

I didn't expect it to work at all, and it doesn't like more than two browser tabs open, but it works

Back on my newer Mac (aluminum, uh.. i5) using ChromeOS

With the faster processor and 4GB ram, it's better than the old mini, but there's still some hiccups (short freezes)

The newer HDMI monitor works with it, I even got to change the resolution because full HD 1080 res makes text too small

This is cool and exciting but now I must go back to macOS because I want to watch a movie.

Hmmm, reminder to self to find out if Chrome OS can get files from an external mac formatted USB drive... and if there-s a version of VLC for Chrome OS.

This is interesting, now google says I have an “Apple Inc Chromebook” which is technically correct, even if it’s just a different drive with the same computer. 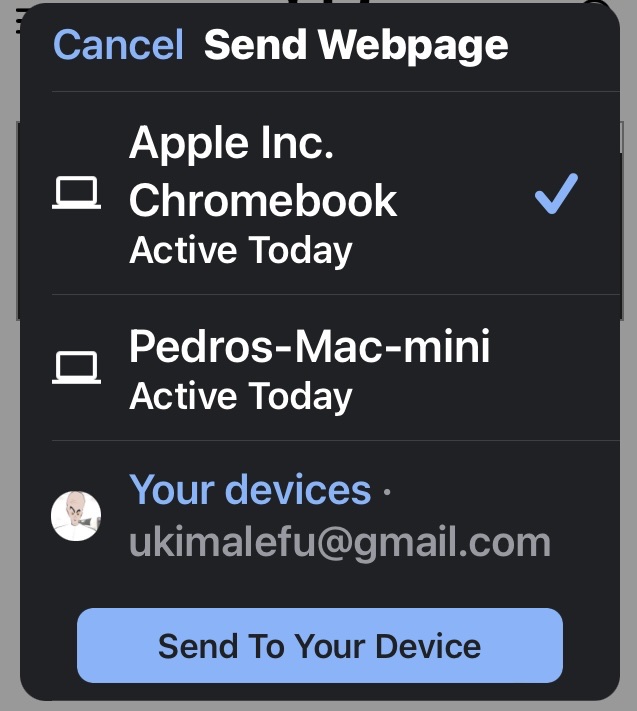 testing ChromeOS again, now in "guest mode". it doesn't save your passwords or cookies or files you download

I even reset my password here, because I didn't remembered it

And now I'll go back to macOS

Because present day internet barely works with Mac OS 10.6.8 and any browser that runs on that OS.

Also, to see if I could, and I did. I ran a non Apple OS on old Macs and I feel great about it.

I was not happy when I had to use my old mini, but now I will be glad to. But it's not like I plan to use it much anyway, on any OS.

My everyday Mac will still be running Mojave, but now I have an option if I want to.

Today I found out that Chrome OS can read an external, mac formatted drive, but it couldn't open some files. I only tried a couple jpg and png images. I only double clicked the files and when it worked it showed them in a window.

Chrome OS did not seem to find the internal HD at all.

Making the Chrome OS bootable flash drive was incredibly easy, and I made it specifically to run a modern browser on old Macs.

A permanent Linux install as my main OS? I'm not ready for that.

Making the Chrome OS bootable flash drive was incredibly easy, and I made it specifically to run a modern browser on old Macs.

A permanent Linux install as my main OS? I'm not ready for that.

Surely you can install it on an external flash drive, too. I've got Win10 on an external drive. I'm just suggesting it because some distro probably can run circles around Chrome OS.

Modern Linux distros are super easy to install now. Make a USB live boot disk, boot it, install it. Given that Chrome OS is essentially a specialized Linux distro, that isn't surprising.

I ran Mint Linux 19 on my 2009 MBP for a while, and other than sleep issues, it worked great - until I discovered the DosDude1 patcher. A solid, minimalist Linux will pleasantly surprise you, even on older Intel Macs.

I don't know how to do that.

I installed a chrome extension, basically it's the chrome os installer", and followed instructions.

Also, thank you all for caring, but I'm not interested in linux. Or, I'm not interesting in finding replacements for my most used apps and learning to use them. For example when when my previous version of Photoshop stopped working, I tried GIMP. I could do stuff, but I never really liked it, so I found a newer version of Photoshop that did work. I can get stuff done instead of figuring out where everything is and workarounds that don't get me quite the same results.

This Mac is ok "most of the time", not perfect but it's from 2014, with 4GB ram, and a spinning hard drive (and I'm lucky to have it, thanks again Ribtor). Maybe linux would feel faster, but having to relearn everything outside a web browser would slow me down more, at least for awhile, I think.

I got to run a non-apple OS on 3 different Macs. That's what this thread is all about.