Mark Harris writes NYMag and others.

2 years ago I sat next to Diana Rigg at a Tonys party. She was in My Fair Lady--at 80. She told me it was a great role because she could get tons of reading done btw scenes. Then she gave me her phone and said, "Find Uber on this and get me the hell out of here." RIP to a great.

I liked - no adored - Mrs. Peel, back in the day.
"You're only given a little spark of madness. You mustn't lose it." - Robin Williams 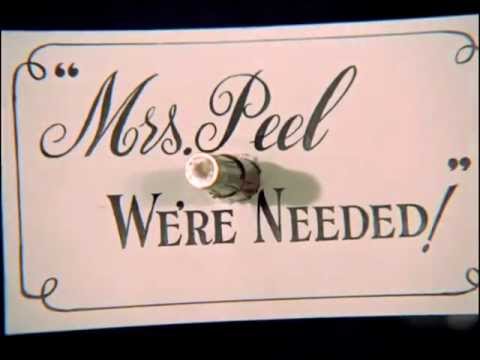 I'm just moving this from the other thread:
I was really little when I first saw the Avengers. It was the type of show that would come on if the baseball game was rained out.

I was too young to get the banter, but thought Emma Peel was something special.

Then ~20 years later I come home from a late night out, turn on the TV flip through cable channels and see the Production card for the show--I hadn't seen that since I was like five, but knew instantly that it was the Avengers. Great episode too. I'd really like to see more of them.

I still have an emotional letdown when I hear something about "Avengers coming to netflix" or something when I realize they are talking about the Marvel human waste.
And Proteus brought the upright beast into the garden and chained him to a tree and the children did make sport of him.
Top
Post Reply
3 posts • Page 1 of 1