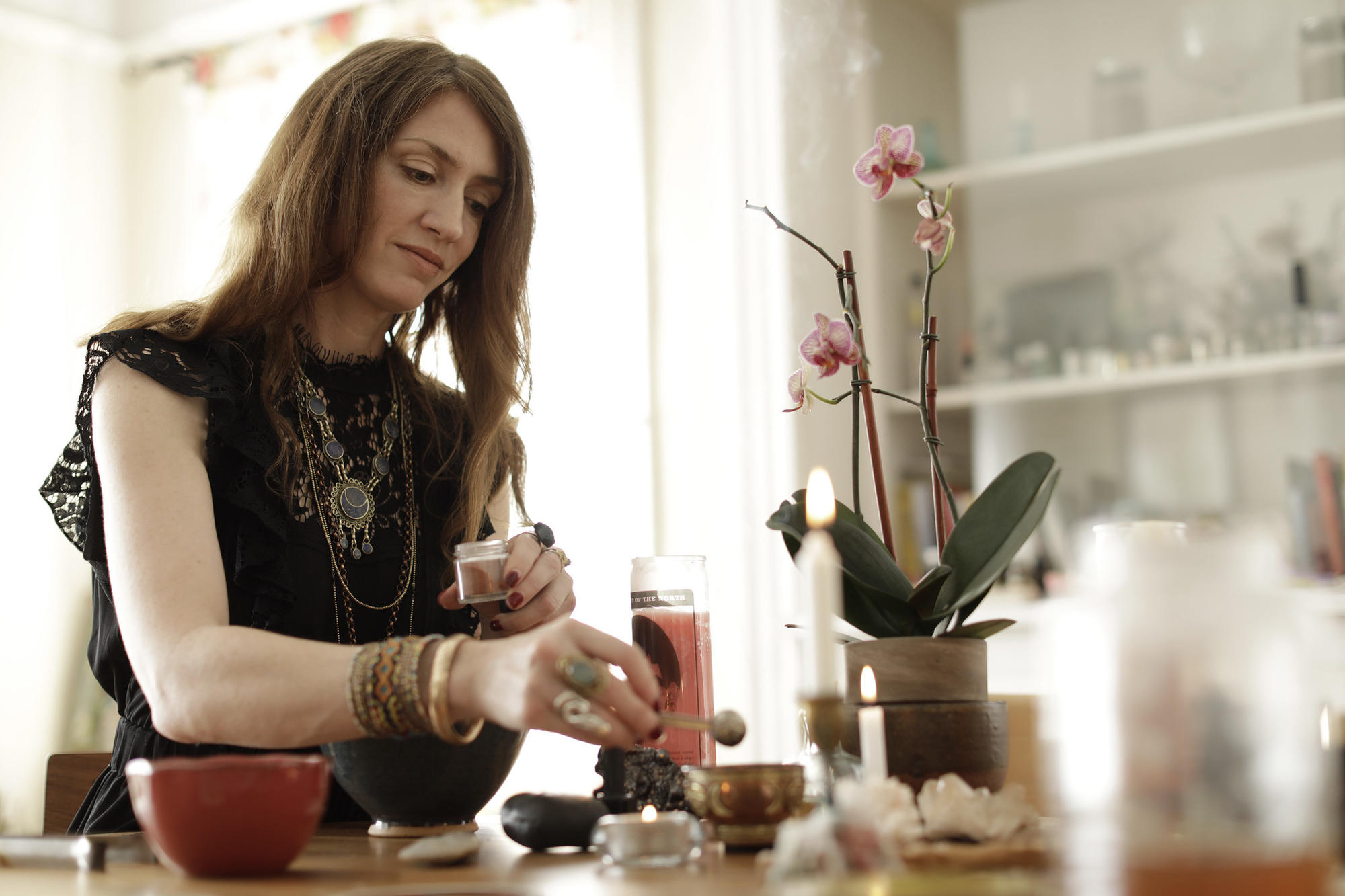 The Oracle of Los Angeles was feeling frazzled.

It was already 2 p.m. and she hadn’t had time to prepare lunch, much less wipe the ash from her altar. A tarot card client had just left her yellow Craftsman house in West Adams, evidenced by the smell of incense still lingering in the air. Within an hour, she was scheduled to meet with another client who was struggling to complete a PhD thesis.

In the meantime, she still had to prepare for her weekly podcast, create a purifying ceremony for a new business--and get her nails done for a reality TV appearance. Any downtime would be consumed with writing. The second draft of her memoir was due to her publisher in a week.

The Oracle, who also goes by Amanda Yates Garcia, is a former arts educator with a master of fine arts in writing, film and critical theory from California Institute of the Arts. For the past eight years she has made her living as a professional witch, performing “energetic healings,” “intuitive empowerment sessions” and the occasional exorcism, while also teaching workshops on the art of magic online and at her home, independent stores, and sites like the J. Paul Getty Museum.

The Oracle understands the value of marketing, so she also devotes several hours each week to outreach: writing newsletters, updating her website and sharing tips on social media on topics such as how to break a curse using the ”disruptive energy of a lunar eclipse.”

“If you think being a witch is just sitting around doing spells all the time, you think wrong,” she says. “Half my business is being on Instagram.”