Protected Sperm Whale was starved to death whilst carrying 64lbs of plastic waste in his gut. 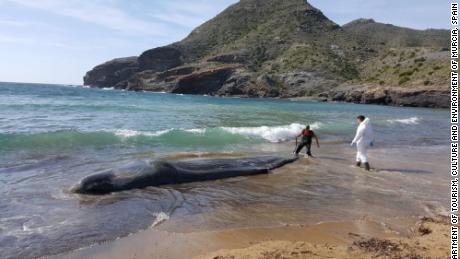 The animal died because of plastic-induced gastric shock — a sudden failure of the circulatory system due to stomach injury — Spanish authorities said in an interview with the Telegraph on Friday. After the young male washed up on a beach in Murcia, experts with the El Valle Wildlife Rescue Centre performed an autopsy that uncovered ropes, nets, plastic bags, raffia nets, and a plastic jerry can inside its stomach and intestines. That this was not an isolated event has experts extremely concerned

from seed to baby tree

Check the YouTube videos at the linked article. The first version gets down close taking more advantage of the 3D modeling, while the second version stays aloft from a distance to give a better overall view of the cyclonic system.
Top

you mean we're not?

damn, and i already married my toaster
"TOS ain’t havin no horserace round here. “Policies” is the coin of the realm." -- iDaemon
Top

you mean we're not?

damn, and i already married my toaster

I checked, but apparently there isn't a recognized word for people who are in love with their appliances.
http://www.psychologistanywhereanytime. ... s_list.htm

We won't speculate on what that says about you...

Check the YouTube videos at the linked article. The first version gets down close taking more advantage of the 3D modeling, while the second version stays aloft from a distance to give a better overall view of the cyclonic system.

The Bad Astronomer's take on this video.

He also added this:

Basically all of those hotspots are active volcanoes on Io as seen by Juno's infrared camera. The image on the right is what Io might look like with human vision.
Top

careful humans, that road you made is in his house 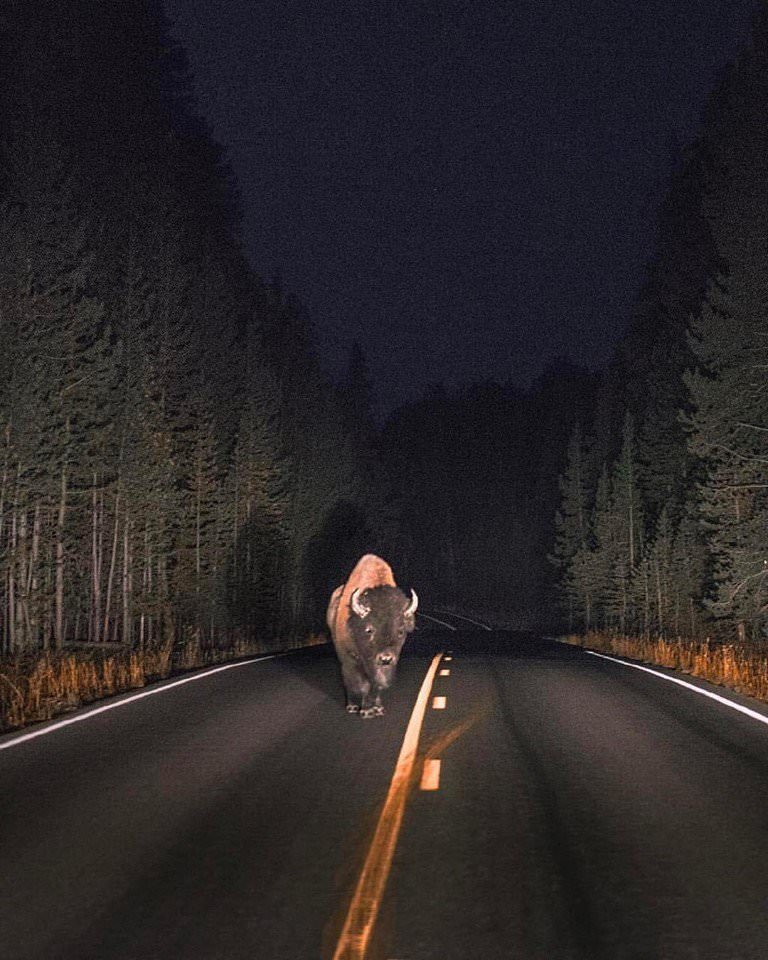 ukimalefu wrote: careful humans, that road you made is in his house

Turn around and drive the other way.

A collection of pics of planet-forming disks around young stars: The Spectro-Polarimetric High-contrast Exoplanet REsearch (SPHERE) instrument is on one of the European Southern Observatory's telescopes, the Very Large Telescope (VLT).

SPHERE takes advantage of the fact that when light is reflected off the dust particles, that light become polarized. SPHERE then subtracts the non-polarized light from the star itself, thus the small blank circle near the center of each of these images.
Top

ukimalefu wrote: careful humans, that road you made is in his house

Turn around and drive the other way.

... and let us never speak of this again
"TOS ain’t havin no horserace round here. “Policies” is the coin of the realm." -- iDaemon
Top

gotta get me one o' them drone things That pink glow is from ionized nitrogen and oxygen molecules.

So in general this is like the ion drive on the spacecraft Dawn except, of course, not using a stored gas but the gathered (though extremely low pressure) ultra-high altitude atmosphere of the Earth as the propellant.

And--get this--such a system might not only be used to reboost satellites back into a higher orbit WITHOUT having to carry any fuel to do this, but this could be used to MAINTAIN a satellite in a relatively low orbit of less than 200 km up. There is an altitude range of between about 120 and 200 km up which is not usable by any long-term satellites because the atmospheric density is too high.
Top 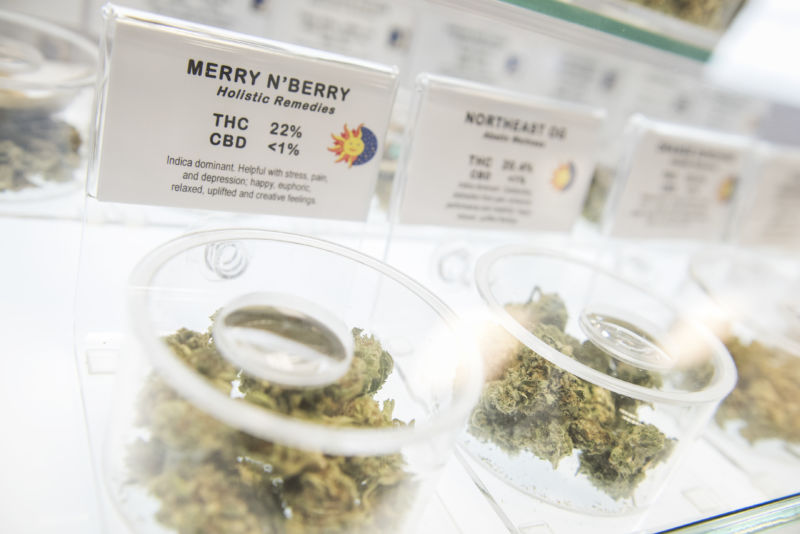 OK, technically this story doesn't really have an image to go with it, but I thought it was scientifically interesting.

The spear-fishing Bajau people regularly free-dive to depths of up to 230 feet (70 meters), with only weights and a wooden mask.

Spleens are important in diving -- and are also enlarged in some seals -- because they release more oxygen into the blood when the body is under stress, or a person is holding their breath underwater.

Spleens were larger in the Balau people whether they were regular divers or not, and further analysis of their DNA revealed why.

Green circle is Earth's orbit with the blue circles being orbits of the other inner planets.
Green dots are near-Earth objects.
Yellow dots are comets.
Grey dots are asteroids (mostly in the Asteroid Belt).

This is from NEOWISE's NEW mission. Formerly it was "just" WISE (the Wide-field Infrared Survey Explorer), launched in 2009 to look for objects in the infrared range until 2010 when the spacecraft was put into a dormant state when its cryo-coolant ran out. In 2013 it was redubbed NEOWISE (adding Near-Earth Object) and began its new survey.
Top

heck of a sundog and tasty
"TOS ain’t havin no horserace round here. “Policies” is the coin of the realm." -- iDaemon
Top 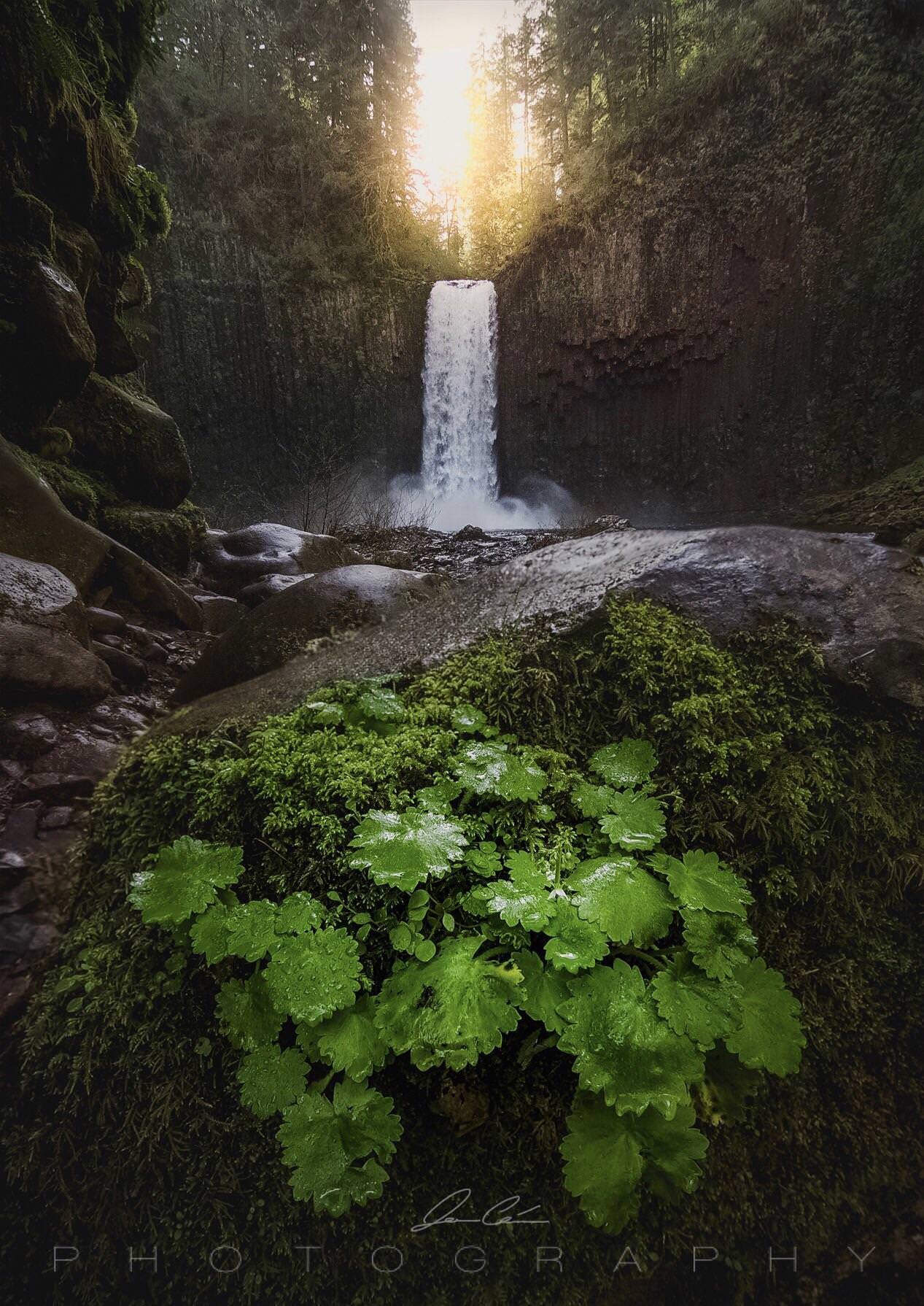 "I CAN TELL BY THE PIXELS!"

Actually the AI did make an obvious mistake: [spoiler]the third shelf down from the top in the rightmost stack on the bottom level against the backwall. Apparently it had "extended" a book shelf from the wall on the right.[/spoiler]

But then this is an AI. It can be programmed to do this job better.

Demo of AI program that can reconstruct pictures with missing parts.
Top 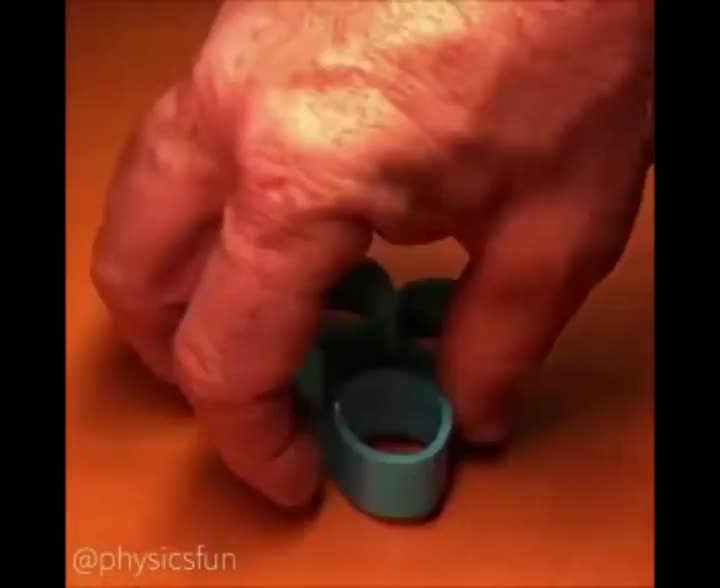 So...what am I seeing? I don't understand.

Not even duct tape will fix stupid, but it can muffle the sound.
Top

Tweet of a collection of images taken by Rosetta near its comet.

According to a later tweet: these pictures were taken over 25 minutes. It shows the debris from gas jets plus stars in the background.
Top

so, this is supposed to be from planet earth?

So...what am I seeing? I don't understand.

Here is a video which also explains how the illusion works.
Top 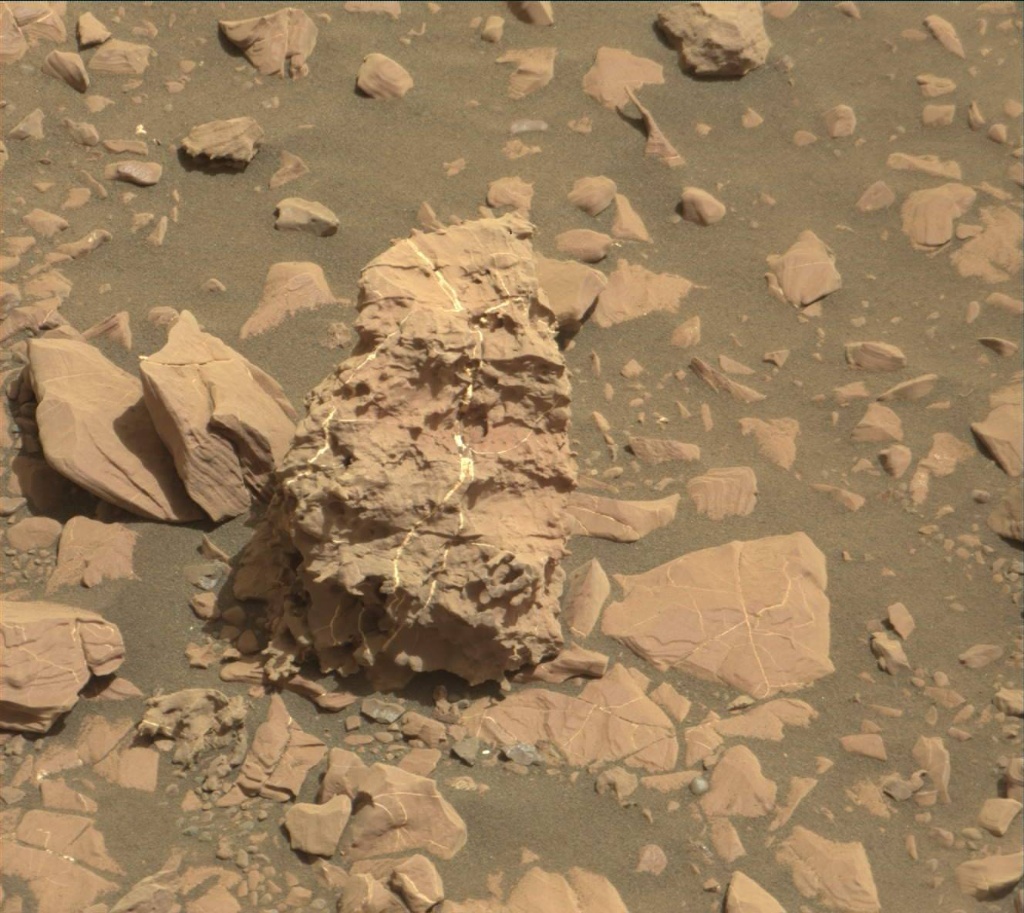 okay, so what's the deal? are they special rocks?
"TOS ain’t havin no horserace round here. “Policies” is the coin of the realm." -- iDaemon
Top

TOS wrote: okay, so what's the deal? are they special rocks?

the lines on the big one look like gold? sooo that's why Elon Musk is in a hurry to get there? gold rush in space? space cowboys?

They're rocks on another planet and the picture was taken by a robot. Not special enough?

NO NOT stick fiddling SPECIAL ENOUGH
"TOS ain’t havin no horserace round here. “Policies” is the coin of the realm." -- iDaemon
Top

Actually, that rock illustrates that Mars had certain geological processes at one time, so yeah, it is a pretty important rock. Unfortunately, not being a geologist, I'm not sure exactly how special, though.

I am not a geologist, but it appears to me that this Martian rock has apparent layers running roughly left-right through it, so likely long ago it was built up from sediment in a lake or ocean that vanished long ago.

At some point later long after the layers had solidified into sedimentary rock SOMETHING leaked through (whether up or down may be impossible to tell without chemical analysis) causing the yellow "cracks". I have no idea of the relative abundance of minerals on Mars, but let's say that the yellow turns out to be more-or-less pure sulfur (which is a common component in SOME lava flows on Earth), so this could be evidence of past vulcanism on Mars and more likely would have been formed by flowing upward (because when lava has reached the surface it probably would have cooled down quickly and thus not be hot enough for liquid sulfur to flow very far downward).

And then even later a meteor hit Mars and threw out this rock as some of the impact debris. Given that this rock appears to be surrounded with OTHER rocks with similar light-colored "cracks" in them, this particular rock was likely part of a larger boulder that shattered into smaller bits upon landing. Most of those smaller bits also fractured along the levels of sediment as seen in the two larger flat rocks to the right of that "main" rock's apparent base. I should point out that given this backstory that sulfur would be less likely as the component material for the cracks as sulfur is not particularly hard (so the rocks would have been more likely to fracture ALONG those cracks).

I await correction from chikie (I think).
Top

But you found a gif, and the article that goes with it

Here's a view of Jupiter's Great Red Spot with the shadow of Europa passing over the clouds just below it. Composite of images taken by NASA's Galileo spacecraft on May 22, 2000 and color info captured by Cassini 7 months later.