Marginalia on 13th century manuscript appear to be earliest Western drawings of a cockatoo: 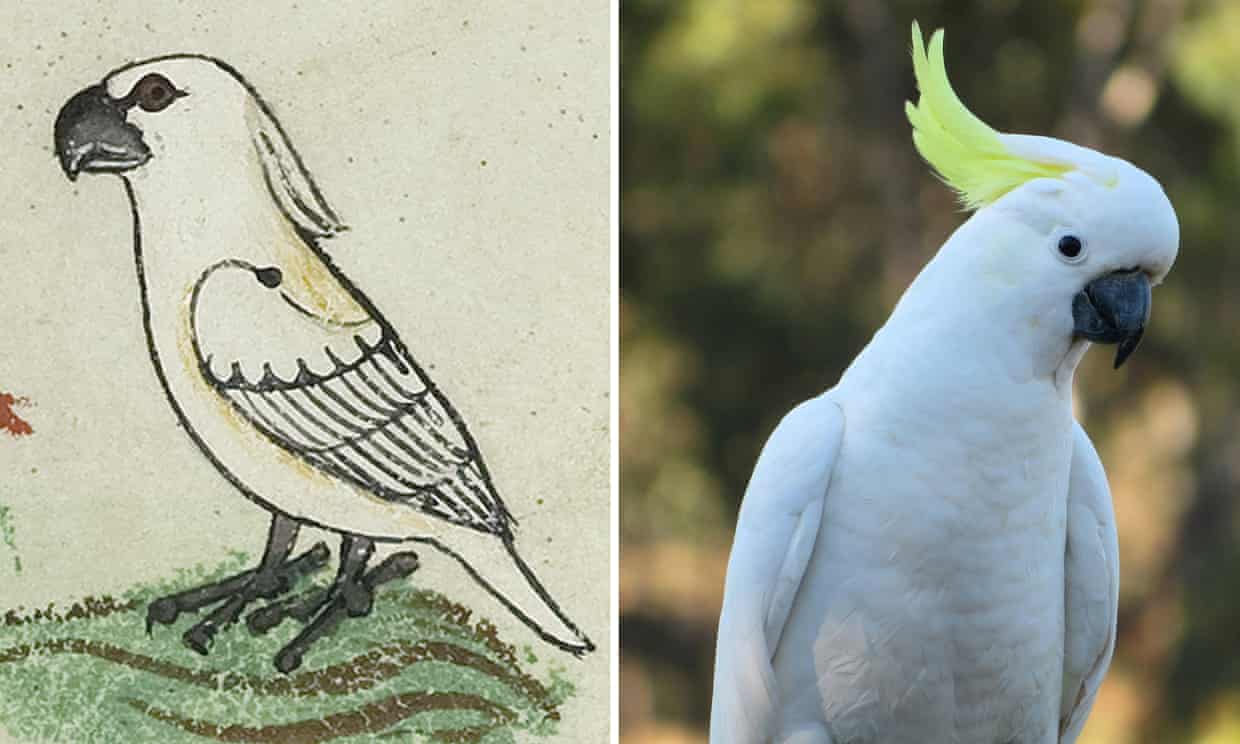 It might be that Holy Roman Emperor Frederick II was given a cockatoo by al-Kamil, the sultan of Egypt, who in turn got it from traders from as far as New Guinea which was the farthest north that the species had spread naturally.
Top 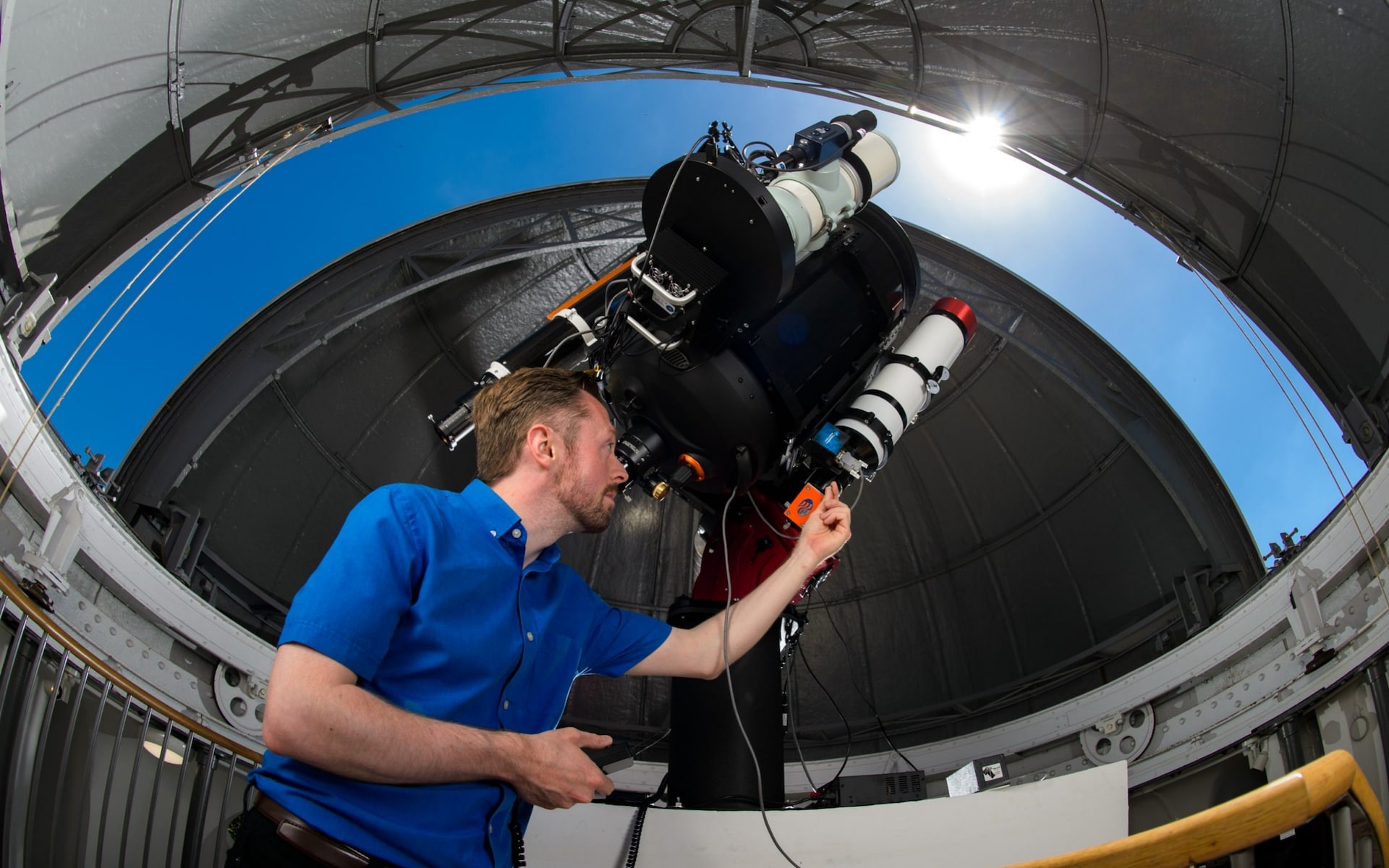 Royal Observatory at Greenwich working for first time since London smog shut down telescopes 60 years ago.
Aw, he's no fun, he fell right over.

It’s a good thing they switched to clean coal.
Top 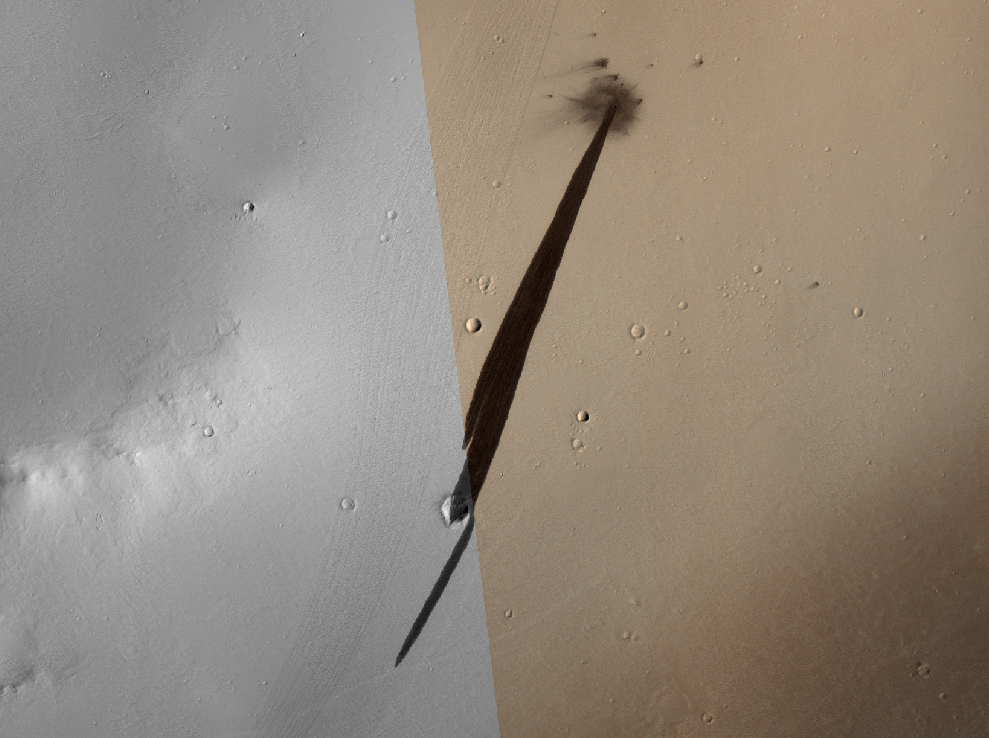 The crater made by that meteor is about 5 meters wide (so too small to be seen in the above). The debris surrounding the impact sites were probably due to the meteors--it looks like at least 8 smaller fragments calved off the main meteor--exploding upon impact. A much older and larger slope streak can be seen running roughly parallel to the left of the new one. The best guess is that the new one was made sometime within a decade before the image date of February 7, 2018.

The color portion is a combination of an RGB image with infra-red data in red and blue.

The Bad Astronomer on this Martian meteor impact. He also included this pic showing the meteor's primary impact crater: You can see in that pic that there were at least 7 other impacts, likely created by material excavated by the meteor and coming back down.
Top

The Rosetta Image Archive Is Now Complete and Freely Available, so You Can See a Comet Like Never Before

Using time-lapse photography a physicist has studied emperor penguins to see how their huddling during Antarctic winters can be affected by many factors.
Top

Eye-tracking of identical twins show that they tend to scan pictures with similar patterns. YouTube videos at link.

Part of this study used fraternal twins who showed less of a tendency but they are still more similar than the patterns of unrelated people.
Top 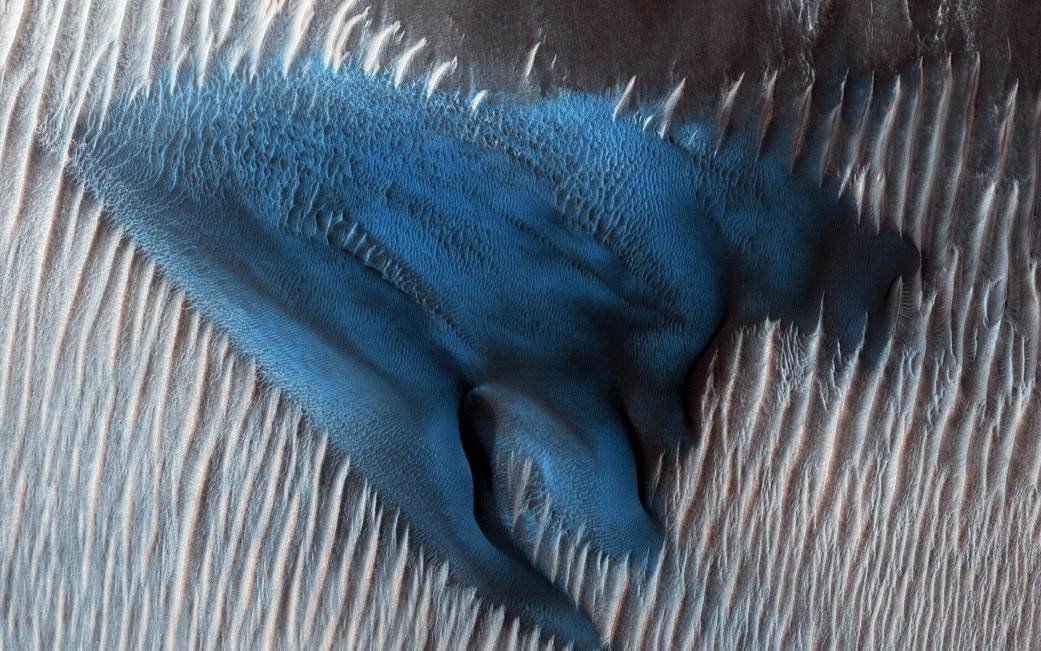 DEyncourt wrote: Video tweet of Fernandina Island (in the Galapagos) of an eruption taking place there.

AND there is another eruption on a neighboring island named Isabella of its Sierra Negra volcano. I started that video at the 30 second point because before then it is showing basically an over-exposed sequence, and you can stop the video when it starts showing the Full Moon.

For whatever reasons most of the videos I had found for THIS eruption concentrated on more mystical elements or had commentary like: "Coincidence? I think NOT!"
Last edited by DEyncourt on Wed Jun 27, 2018 1:59 pm, edited 1 time in total.
Top

DEyncourt wrote: Video tweet of Fernandina Island (in the Galapagos) of an eruption taking place there.

AND there is another eruption on a neighboring island named Isabella of its Sierra Negra volcano. I started that video at the 30 second point because before then it is showing basically an over-exposed sequence, and you can stop the video when it starts showing the Full Moon.

OR, a "wolverine" anti theft device. Just sharpen those corners.

Now, phones don't fall flat, and usually the screens break when they fall on a corner. But I think this thing would still work in that case... if it works.

I want to see it fall on a staircase.
Top

obvs wrote: I want to see it fall on a staircase.

Or just have that guy drop his phone so that about half is over the edge of that table onto which he had dropped his phone. That way the part of the phone that is over the table bounces back upward, thus increasing the momentum imparted to the rest of the phone still moving downward.

In the animated GIF during one of the drops onto the table you see that dropped phone bounces back up such that it appears that the phone will be falling back down onto the table onto one of its corners. For some reason for that particular sequence that guy did not show the phone coming to rest--I wonder why?
Top

Don't worry. Apple or Samsung will buy him out and that thing will disappear.
Gotta sell those replacement phones ya know.
intellectual/hipster/nihilist 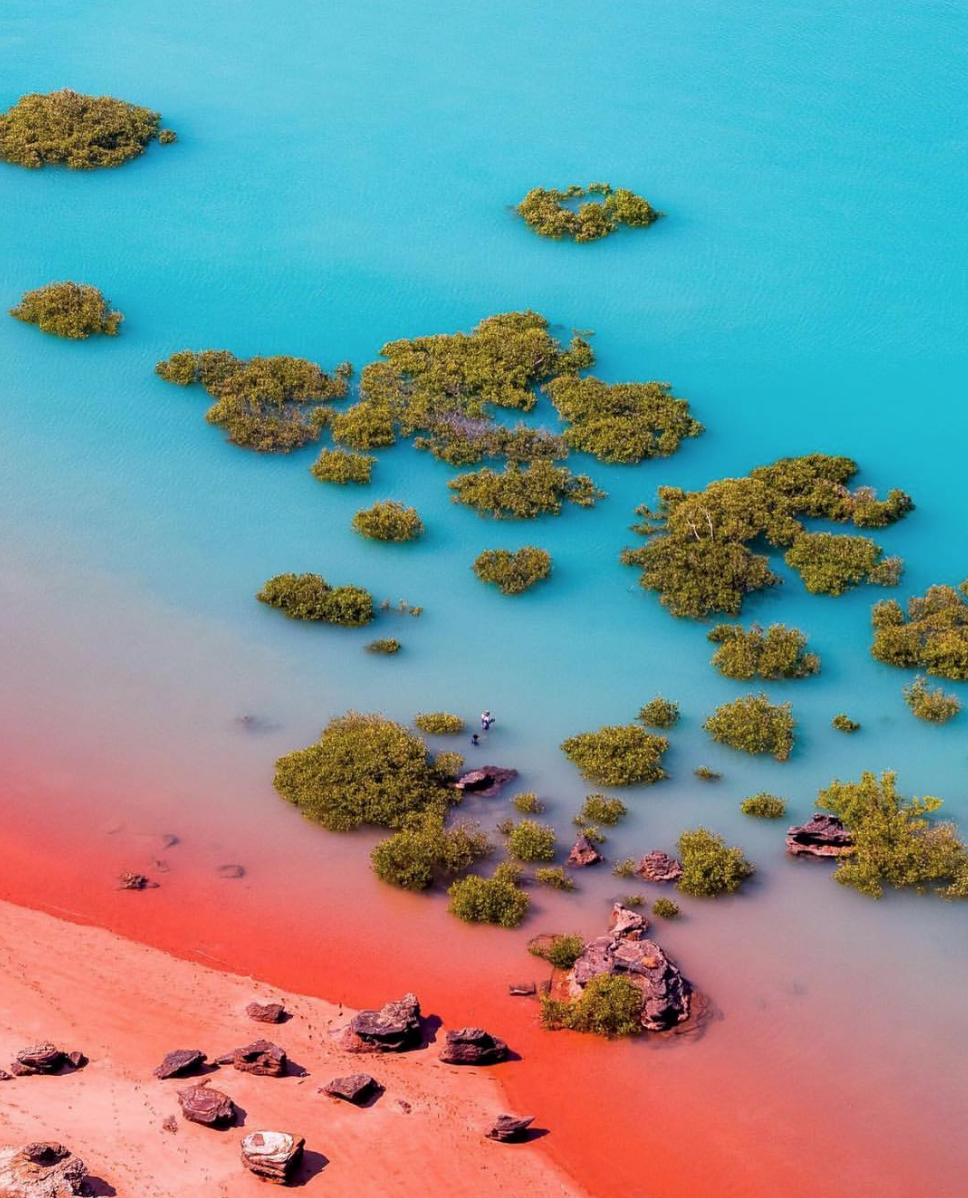 Australia. The sand is really that red.
Top 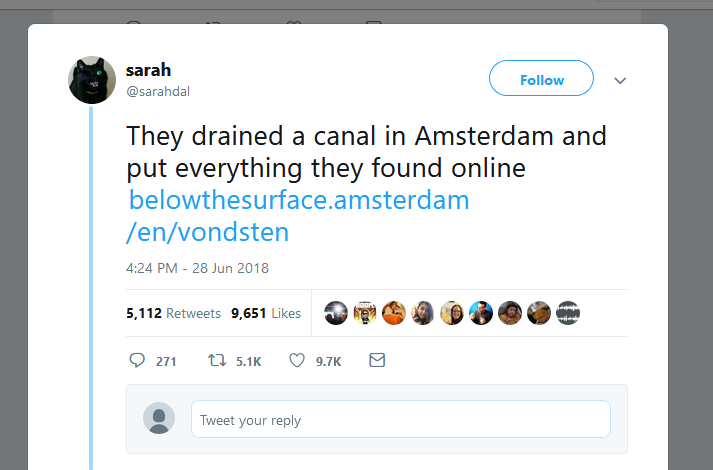 obvs wrote: I want to see it fall on a staircase.

It was an owl.
Remember we're a minority and every one of us counts.
Top 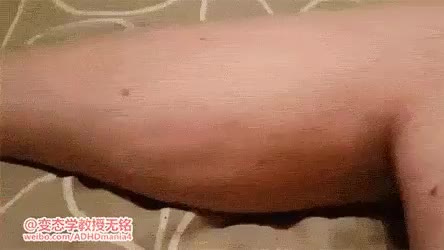 Oh god how I hate those. 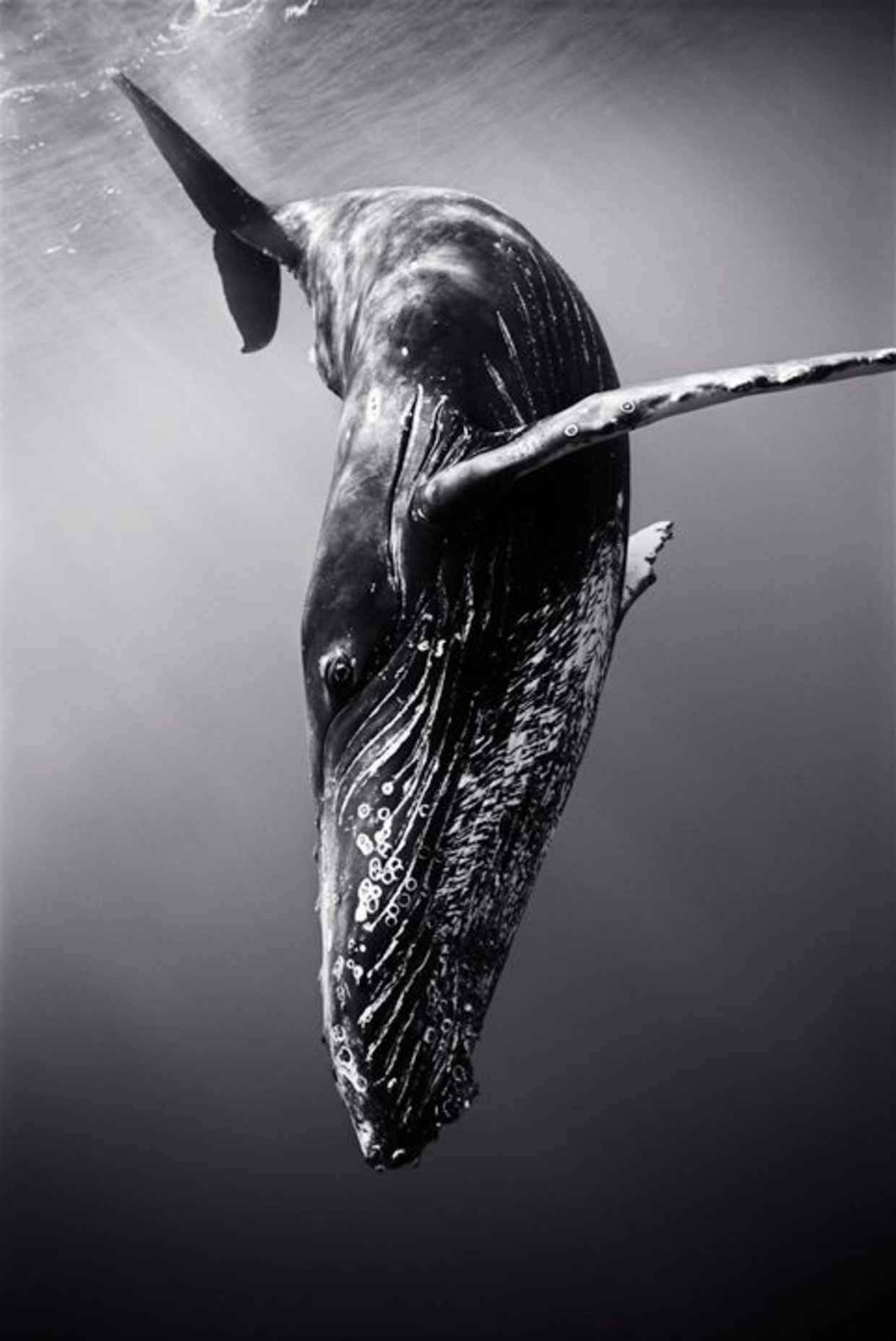 The Bad Astronomer on pic of planet in the process of forming: Perhaps not quite amazing YET: According to a report at SpaceWeather.com, Comet PANSTARRS (C/2017 S3) somewhat overnight dramatically increased in brightness from magnitude +16 to +9. It is in a hyperbolic orbit which will bring it inside Mercury's orbit on August 15-16 (depending on where on Earth you are) and which is nearly perpendicular to the plane of the planets in the Solar System: While technically it is now just inside Earth's orbit (as seen from the Solar System's "north pole"), because of that approach angle it is about as far from the Sun as Mars' orbit. Here is a 3D Solar System simulator showing the comet where you can adjust the point of view and change the date. You can see that unfortunately the comet will be on the other side of the Solar System from Earth after its perihelion, but by the end of July it will be about as far from the Sun as Venus' orbit (though at that northerly angle) and may become an object in the northern sky for a few hours after sunset.

It remains to be seen exactly how bright the comet will get. Before that outburst in brightness the projections had it getting to magnitude +4 at perihelion (so barely visible in most light-polluted skies).
Top This delivers on thread title.
Top

The Bad Astronomer on new camera/telescope combo that can take pictures of ASTEROIDS in the belt: The left image was taken by ZIMPOL (Zürich IMaging POLarimeter) which is one of the instruments on the 8.2-meter Very Large Telescope in Chile.

The right image is from a 3D model (with simulated lighting) of Vesta based on images taken by Dawn, the spacecraft that was in orbit around Vesta before being moved to Ceres.

Well, I'll be honest: When I first saw this technique used to create images of asteroids in the solar system, I literally doubted it could be this good. I had to email the astronomers involved and then do some more reading before convincing myself, yeah, this is real.

Of course Vesta is huge compared to nearly all of the rest of the asteroids in the belt. Here is a sample of other asteroids: The differences in size and details are due to where each of those other asteroids were relative to the Earth. That image of Vesta was taken close to when it reached opposition (so about at its closest point to Earth).
Top

DEyncourt wrote: The Bad Astronomer on new camera/telescope combo that can take pictures of ASTEROIDS in the belt:

(that's what the title said. Or that thing could be wanting to phone home) I AM THE DEMON TOAD YOUR SOUL IS NOW MINE
"TOS ain’t havin no horserace round here. “Policies” is the coin of the realm." -- iDaemon
Top