The Random Image Thread (keeping it PG-13 at the worst)

don't play in the fridge, lady!
"TOS ain’t havin no horserace round here. “Policies” is the coin of the realm." -- iDaemon
Top

hm, very interesting
"TOS ain’t havin no horserace round here. “Policies” is the coin of the realm." -- iDaemon
Top 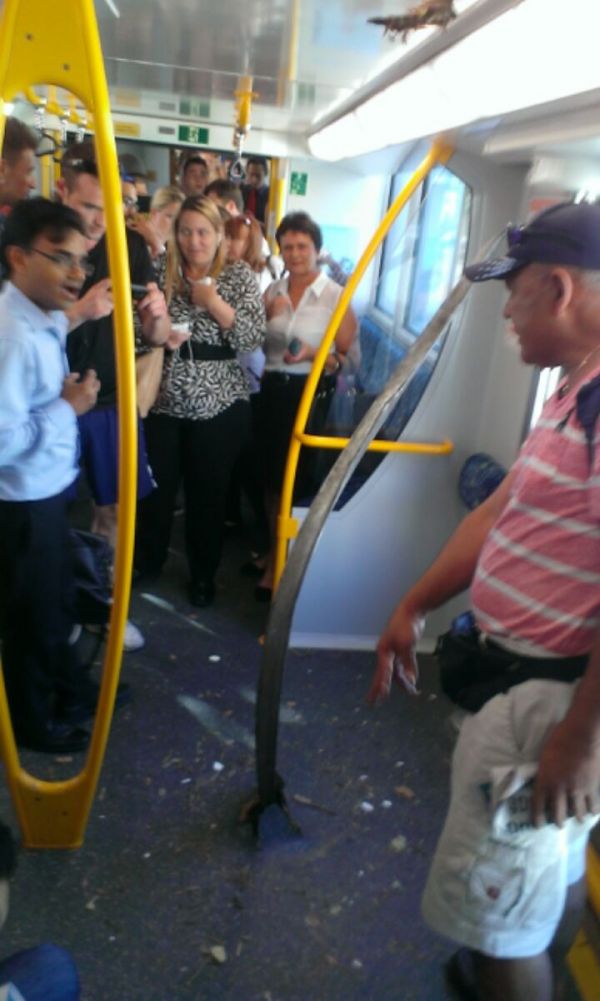 Is that the original bus?

Ken would be proud.
Aw, he's no fun, he fell right over. That movie is such a guilty pleasure. If I'm flipping through the channels and it's on, I stop and watch it again.
set DeusEx.JCDentonMale bCheatsEnabled true
Top

those mugshots stand as cautionary tales against plastic surgery
"TOS ain’t havin no horserace round here. “Policies” is the coin of the realm." -- iDaemon
Top

Except Jesse Ventura. If that face has had plastic surgery, he needs to sue someone for malpractice And I doubt it is remotely worth it. A quarter of a million could get you a pair of Audi R8’s or a McLaren MP4-12C.
I'm sorry Dave...
Top

oh, i dunno ... if people are willing to pay that much for italian road iron, why not american?

and it does look awful pretty ... Audi is German.... McLaren is English

I don’t know... it looks like somone spent a lot of money modding a Mustang... and to be honest I don’t see spending that kind of $$ on even an exceptionally fancy Mustang.
I'm sorry Dave...
Top

I thought that the picture on the steering wheel was two people having sex.
Top that is high-larious
"TOS ain’t havin no horserace round here. “Policies” is the coin of the realm." -- iDaemon
Top

DC is about to get their human waste stick fiddled up.
I'm sorry Dave...
Top

but ... aquaman!
"TOS ain’t havin no horserace round here. “Policies” is the coin of the realm." -- iDaemon
Top

Nah, The Goddamn Batman had a plan to kill them all as soon as they walked in.

Rogue is about 6 feet from Superman. DC is stick fiddled.
Top

Flash is the most underrated superhero*; he could have Rogue at the North Pole before she touched Supes. That is, if GL didn't just encapsulate all of them. Really, the only Marvel there who Superman and Lantern wouldn't unquestionably and immediately outclass is Thor, but Flash would be able to escape, look up a way to defeat Thor, and be back with that method in a fraction of a second.

One thing that blows my mind is how completely insane the powers in the DC universe are. Look at Superman. This guy has more powers than French restaurants have ways to say "your taste in wine is atrocious". He has powers to do with every part of his body and then some. He forgets powers sometimes. He can shoot heat rays out of his eyes, frost breath from his mouth and red son radiation from his ass. He's that sort of crazy dude. All because he absorbs solar radiation.

Look at Batman. His power? The anti-power. Sure, he should be some tame, kung fun master of not much, but instead he's the hottest human waste to ever human waste on a plate. You got a power? He'll find your weakness and give you seizures or heart attacks. He'll light you on fire when you're sleeping or make you recharge your green lantern ring in the power outlet. Ten thousand volts of fiddlesticks you batman. That's Batman.

But the stick fiddling Flash, my god, my stick fiddling GOD, this man has the greatest powers of all. If Superman's powers are being sucked off by twin super models and batman coming home to discover your wife is not only bisexual but has two friends she wants you to 'get in on' then the Flash is an orgy with a thousand women who also want to pay your World of Warcraft billing. And click the mouse for you. This man is just that stick fiddling hot. They have to power him down in the comics half the time just to keep him from doing everyone else's job.

Ok first off, he can travel at lightspeed. Mother fiddlesticks! Not only does he travel at lightspeed, but time slows down for him. So he feels like he's having a casual jog or reading the paper, meanwhile, his feet are moving so fast you can hear him coming from Montana while he's already gotten to Arizona. That's stick fiddling fast. But wait! The ability to move at Lightspeed just isn't stick fiddling enough!

I know! Christ this guy can punch you so many times in a second you've been hit five times in the rooster and two times everywhere else. You think you're about to fight the Flash and then it hits you, for the last split second he's beaned your beanbags with more blows than you had sperm. But no, there's more!

The Flash can also vibrate through walls. Now last I heard, you can not move so fast you can vibrate through walls, so what actually happens is the Flash is so fast he can pick and choose the movement of his individual molecules and move them through other solid objects, phasing through solid matter like it ain't no thing. I mean you think a guy who runs at lightspeed would run into human waste but no, the Flash just goes right through them. To top that with a cherry and some whipped cream (which the Flash made in like a millisecond, stick fiddler) he can selectively choose to cause objects to be "okay" afterwards or stick fiddling EXPLODE. That's right. He can run through you and make you blow up by transfering kinetic energy into you. Like Jesus. IT's bad enough you can't hit this guy, but he doesn't even have to punch you. Now your testicles have exploded and you're thinking you're about to hit him. Jesus? Just give it up. He's the stick fiddling Flash.

Now imagine that somehow there's someone who can get around the Flash blowing your balls up secret ninja technique. Ok. He can also control the flow of energy between objects. This power makes no sense but basically he can throw a rock at you, and you think it's going slow and then he's like WHOOHOOO WIZARDLY FLASH POWERS and bam it's going at lightspeed. So he can throw seven million rocks at you in a second then make them all goes different speeds thus striking your nads with seven million rocks one after the other.

But wait! There's more! He can also take energy from the very power of speed and make clothes out of it. Yes. Flash makes his pants out of GOES FAST. The man is so fast he can make Flash pants that GOES FAST go right into. I don't even start to understand the physics of that but basically SPEED == REALLY TIGHT UNDERWEAR AND COOL LIGHTNING THINGIES OVER THE EAR. You would think this is the end of it but ok let's say Flash is fighting Superman and human waste he's going to lose and fiddlesticks how is Superman THIS stick fiddling strong? I don't know he must be Superman fused with Batman into some sort of guy with tons of plans on how to punch you far harder than anyone else ok to end it off the Flash can GO BACK OR FORWARD IN TIME ON COMMAND.

How do you beat this dude? You're thinking you're hashing him good, laying down the beatdown, missing your balls and suddenly BAM YOUR MOM FELL DOWN THE STAIRS TWENTY YEARS AGO and there's a dent in your forehead and Superman not thunk so gud no more. Actually she didn't fall down the stairs the Flash put speed into them so they fell up her! fiddlesticks you Flash! You moved the stairs to Soviet stick fiddling russia! RUSH-A! uncouth individual.

Oh, and lastly his greatest power is he isn't fast in bed. He takes it slow and gets all the ladies with his superpowers then actually satisfies them in the sack. Who the Hell is this guy? You'd think he could AT LEAST be a premature ejaculator since his penis is moving at lightspeed but NOOOO he's even good in bed.

And that, ladies and gentlemen, is why Wolverine sucks rooster and should go die in a freak greasefire.

lol
"TOS ain’t havin no horserace round here. “Policies” is the coin of the realm." -- iDaemon
Top

To quote Tony Stark: "we have The Hulk"

And Thor, and Wolverine and Rogue, and don't be so modest mr Stark, you're Iron Man.

I really like Superman and Batman but, I'd put my money on Marvel.