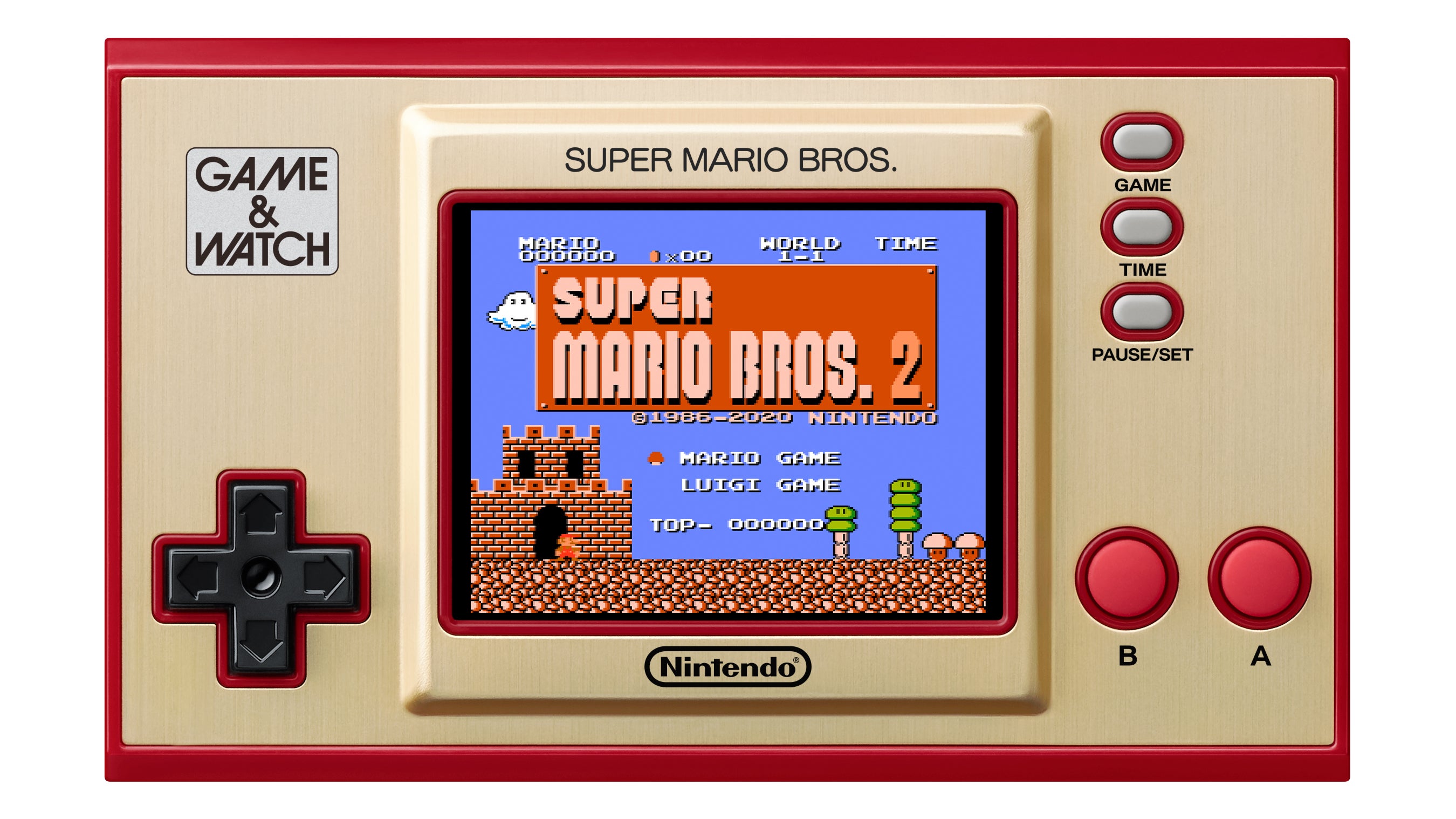 Long before the GameBoy, the original Game & Watch was released in Japan in 1980 and was Nintendo’s first-ever portable hand-held gaming system. Compared to the original, this collectible edition features a gold faceplate, a color screen, a more modern control pad, and the Super Mario Bros. title above the screen.

In addition to playing the classic Super Mario Bros. game, the collectible also comes with Super Mario Bros: The Lost Levels game, as well as a special Mario-themed Game & Watch: Ball. Like the original Game & Watch, this Super Mario edition will also be able to double as a digital clock when you’re not using it to game. When in clock mode, Nintendo says the device will play one of 35 animations that feature not only Mario but also his “friends and foes.”